On 31 July 2022, the delegates and guests of VIII meeting of the World Congress of Tatars visited Bolgar Museum-Reserve. The congress takes place in Kazan from 30 July to 2 August. This year, VIII meeting is devoted to the 30th anniversary of formation of the World Congress of Tatars created by Decree of the President of Tatarstan in June 1992, and at the same time, I meeting of the World Congress of Tatars was organized. It was held every five years thereafter.
At the platform near the Memorial Sign, Deputy Prime Minister of the Republic of Tatarstan, Chairman of the national council “Milli Shura” of the World Congress of Tatars Vasil Shayhraziev and Grand Mufti, Chairman of the Central Spiritual Board of Muslims of Russia Talgat Safa Tajuddin welcomed the participants of the congress. After the solemn greeting and a small concert of RT State Song and Dance Ensemble, there was the Noon Prayer at the Cathedral mosque. After the prayer, as part of the excursion program, the guests became acquainted with the exposition of the Museum of Bulgarian Civilization, saw the world’s biggest printed Koran in the Memorial Sign and admired architectural monuments of XIII-XIV centuries. The program ended with a visit to the complex “White Mosque”. 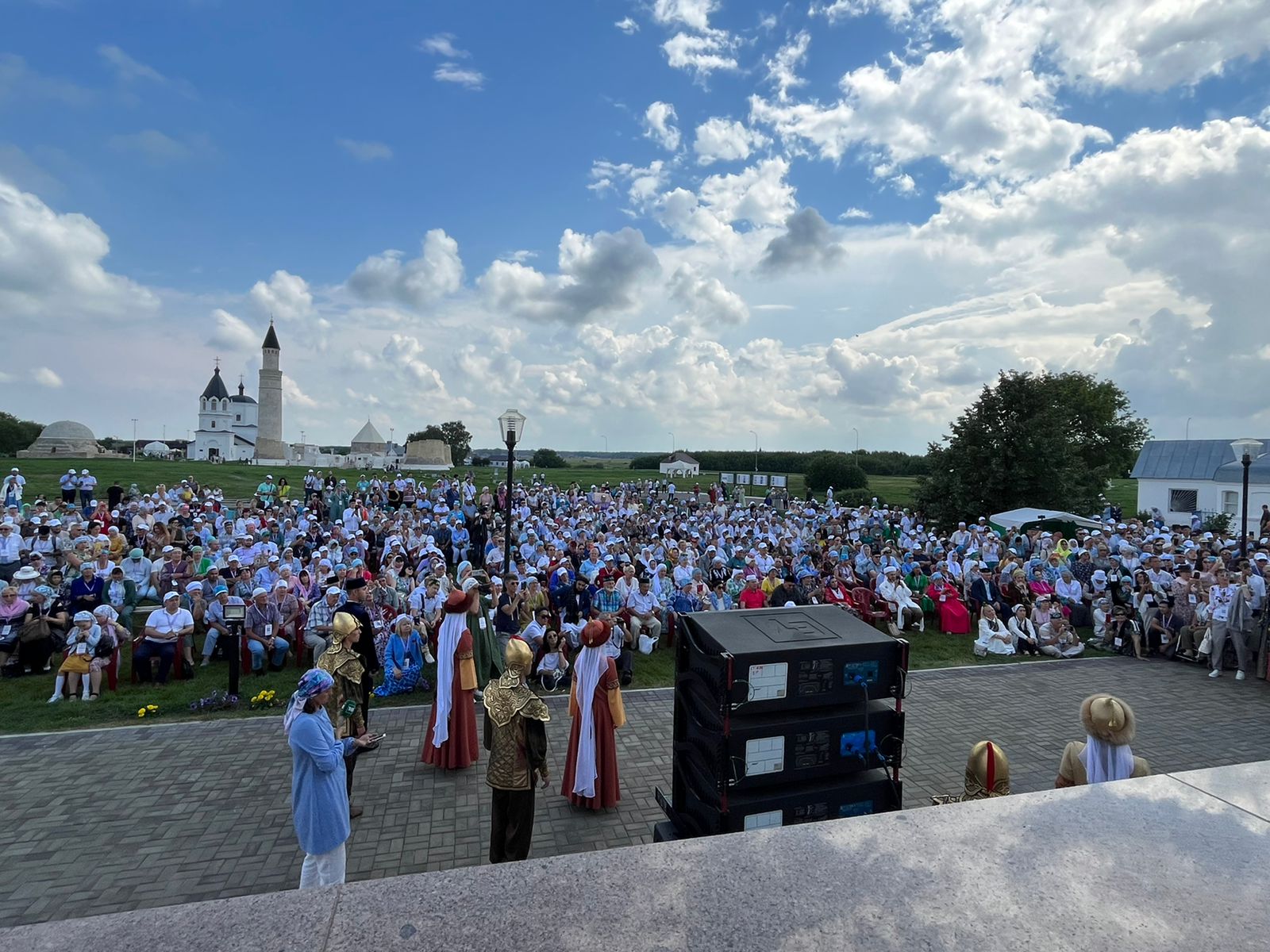