The Cathedral Mosque and Big Minaret is the main building of a complex forming an ensemble of Bolgar civic center in the XIII-XIV centuries with the Khan’s Palace, the Eastern and the Northern mausoleums.

The limestone building of the mosque rectangular in plan dimensioned 32×34 meters featured 20 interior columns and a wooden gable roof. An arched entrance portal and a 24-meters high minaret bordered the main north façade (the minaret collapsed in 1841 to be reconstructed in 2000 on the original limestone foundation). A mihrab framed with decorative carving was located at the southern side. The architecture of the mosque represents a stylistic branch of oriental architecture which developed in the Volga region during the Golden Horde period.

The present appearance of the monument corresponds to the historic literary and iconographic documents of the XVIII-XIX centuries. 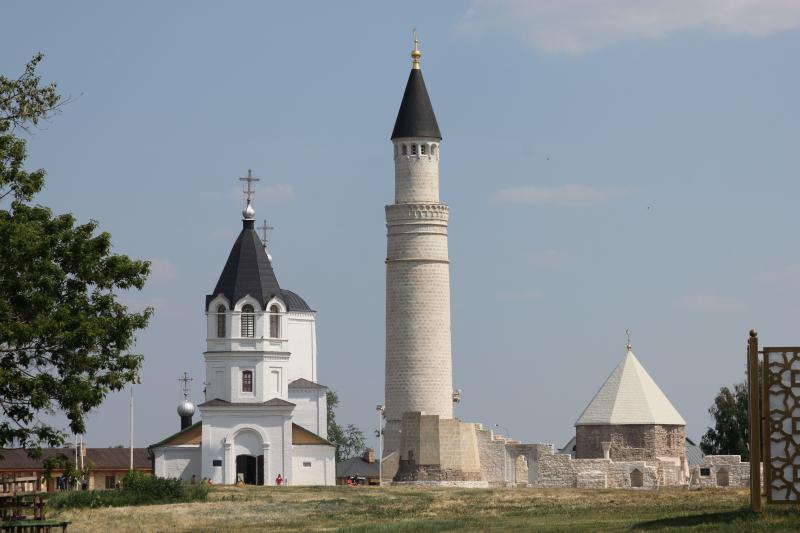 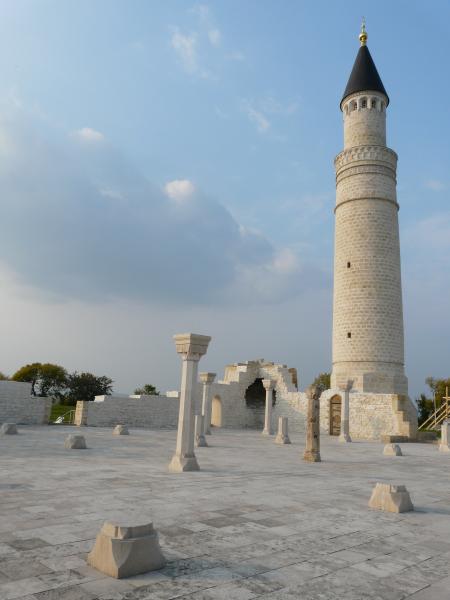