On 18 November 2021, a staff member of the museum and educational department of Bolgar Museum-Reserve Bitunova Yu. A. within the project “Pushkin’s card” held a lecture on “The town on the river” for the students of Antonovsky comprehensive school.
On a high left bank of the Volga River, not far from Kazan, there are the ruins of ancient town. The name “Great Bolgar” tells about its power and glory in the past. Bolgar was founded in X century by Volga Bulgars – ancestors of modern Tatar people. It was among the biggest and richest towns of the Volga region.
Bolgar town keeps its borders and defensive fortifications in the shape of an earthen berm and a ditch up to the present. In 2014, the object was included in the UNESCO World Heritage List at the 38th session of the UNESCO World Heritage Committee. The site provides evidence for the existence of a medieval town of Bolgar, the ancient settlement of Volga Bulgars existing in X-XV centuries. In XIII century, the town became the first capital of the Golden Horde remaining an important trading centre during the period of the Kazan Khanate. A spatial context is preserved: an earthen berm, different religious and civil structures including the mosque, the minaret, bathhouses, the ruins of Khan’s palace and shrines.
During the lecture, schoolchildren learned about the history of the town, heard the legends and myths of the native land. Kids visited the Museum of Bulgarian Civilization, made an excursion into the history of emergence of Volga Bulgaria and its capital – ancient town of Bolgar. They saw unique archaeological finds, medieval household items, coins, jewelry and weapons, became familiar with crafts and industries of Volga Bulgars. 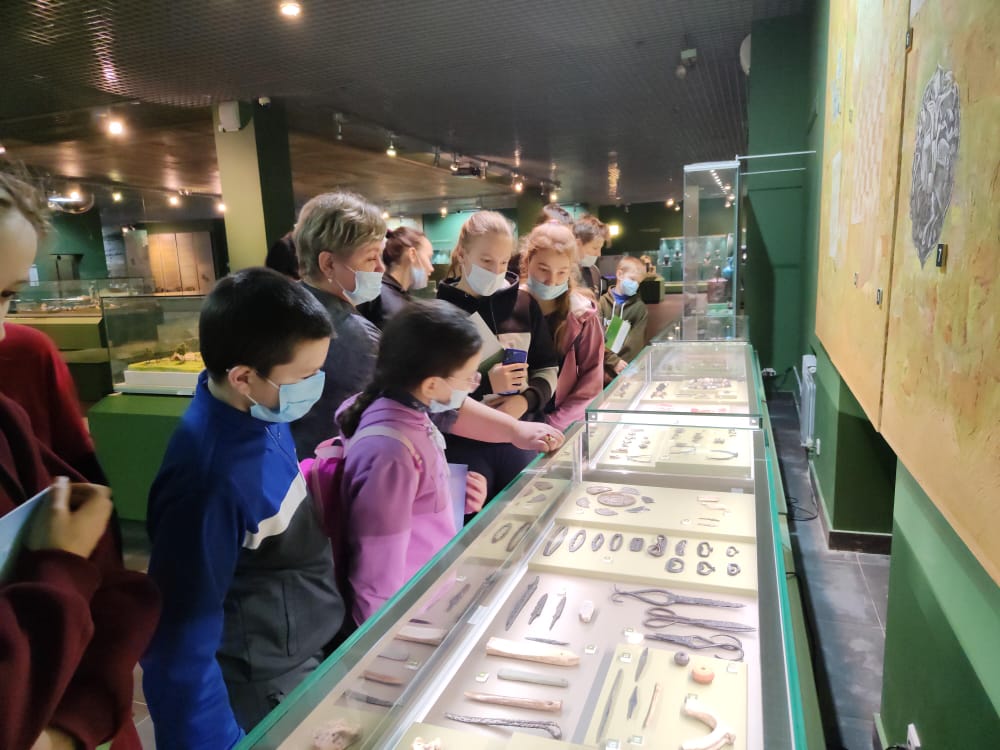