On 22 February 2021, a staff member of the Department of Guided Tours Organization of Bolgar Museum-Reserve Salimova G. I. held an event on “Native language is the soul of a people” for the students of the 4th grades of Bolgar Comprehensive School №1. The activity was devoted to International Mother Language Day – the holiday celebrated annually on 21 February by decision of the United Nations. The purpose of this action is the preservation of rich forms of traditional and folk music, dance, ceremonies and customs, folklore and native languages.
Like the entire international community, Tatarstan also celebrates Mother Language Day. The Republic of Tatarstan is one of the most multinational areas of Russia where representatives of more than 115 nationalities live – Tatars, Russians, Chuvashes, Udmurts, Ukrainians, Mordovans, Maris, Bashkirians and many others, and each nation has its native and unique language.
To preserve the native language is a very important task of modern society. In our republic, there are two official languages – Tatar and Russian, and both of them need protection because today we have many problems related to the preservation of the purity and beauty of language.
Language is an entire world full of charm and magic. It is a living memory of a people, its soul, heritage and the greatest wealth.
At the event, the students expressed their interest in the topic and actively participated in a quiz successfully combining their work in two studied languages – Russian and Tatar. Children communicated, shared their thoughts and impressions. The lesson had a great educational and developing importance. It did not only deepened and broadened knowledge of the studied languages but also expanded the students’ horizons, developed their creative activity, increased training motivation to learn languages. At the end of the event, kids concluded that it is important to love your native language, in which there is our past, present and future. 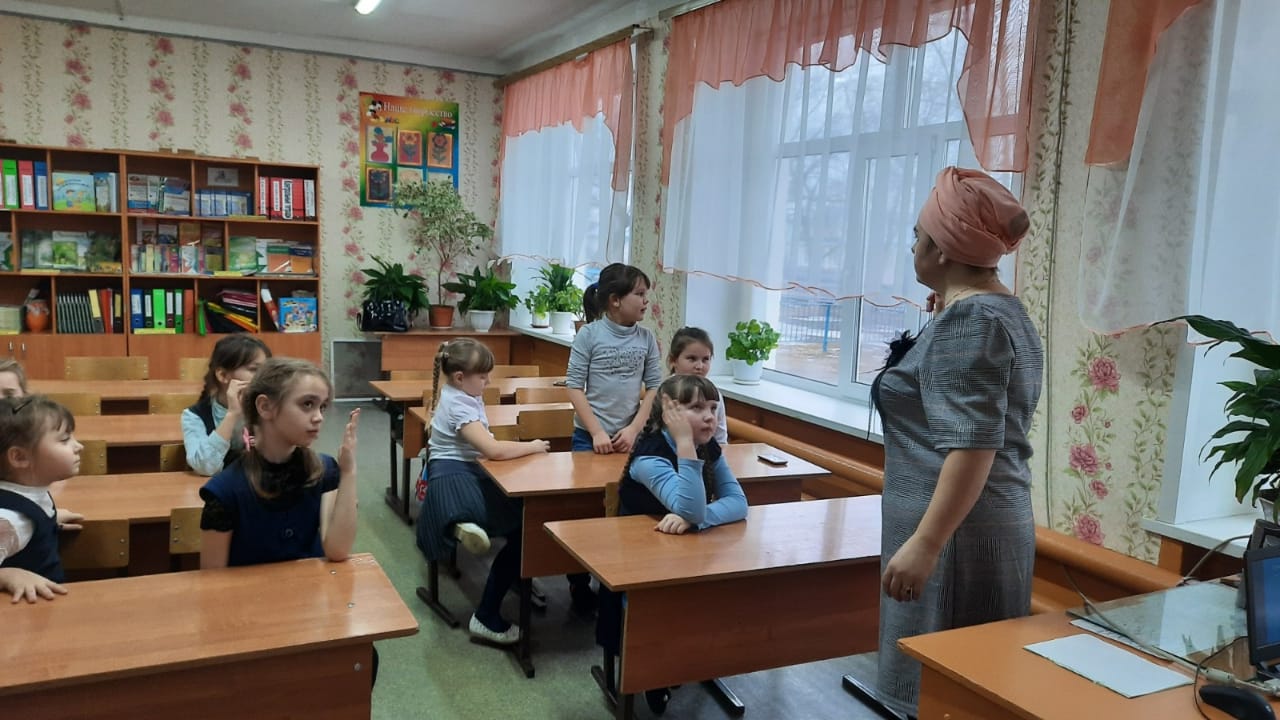