On 1 August 2020, a staff member of the Department of Guided Tours Organization of Bolgar Museum-Reserve Glavnova V. N. held for children an artistic event on “Summer in Bolgar”.
Bolgar was one of the most important towns of the region in pre-Mongol period. In X-XI centuries, it became one of the capital centers of the state of Volga Bulgars. Later, Bolgar was the capital of the emerging state of the Golden Horde. In XIII-XIV centuries, almost all the monumental buildings of Bolgar were built: the Cathedral mosque, the Eastern and the Northern mausoleums, Khan’s palace, the Small minaret and Khan’s shrine, the Eastern and the White chambers and others. In XIV century, the town was experiencing a period of a dramatic flourish: handicraft production was restored and new economic and cultural ties were established. Bolgar became one of the most important towns of Eastern European countries.
Official adoption of Islam by Volga Bulgars in 922 made the greatest improvement in the connections of Bolgar with the countries of East and its becoming the largest center of Turkic Islamic civilization. White-stone mosques and mausoleums, public bathhouses, palaces and fountains decorated the streets and squares of the town. Like all eastern cities, Bolgar had an underground heating system, water and sanitation facilities. Scientists and poets lived there.
Bolgar played a great role in the formation of Bulgar nation, the Tatar language and Tatar peoples.
During the event, the schoolchildren became familiar with the history of ancient town of Bolgar having a global significance. The kids saw the northernmost monuments of Muslim medieval architecture. Walking on the Historical riverside where there is a platform for medieval games and alley of poets and scientists, the children knew the names of outstanding persons of pre-Mongol and Golden Horde period of the town’s history.
At the end of the event, the kids did drawings about their travel around the town of Bolgar. 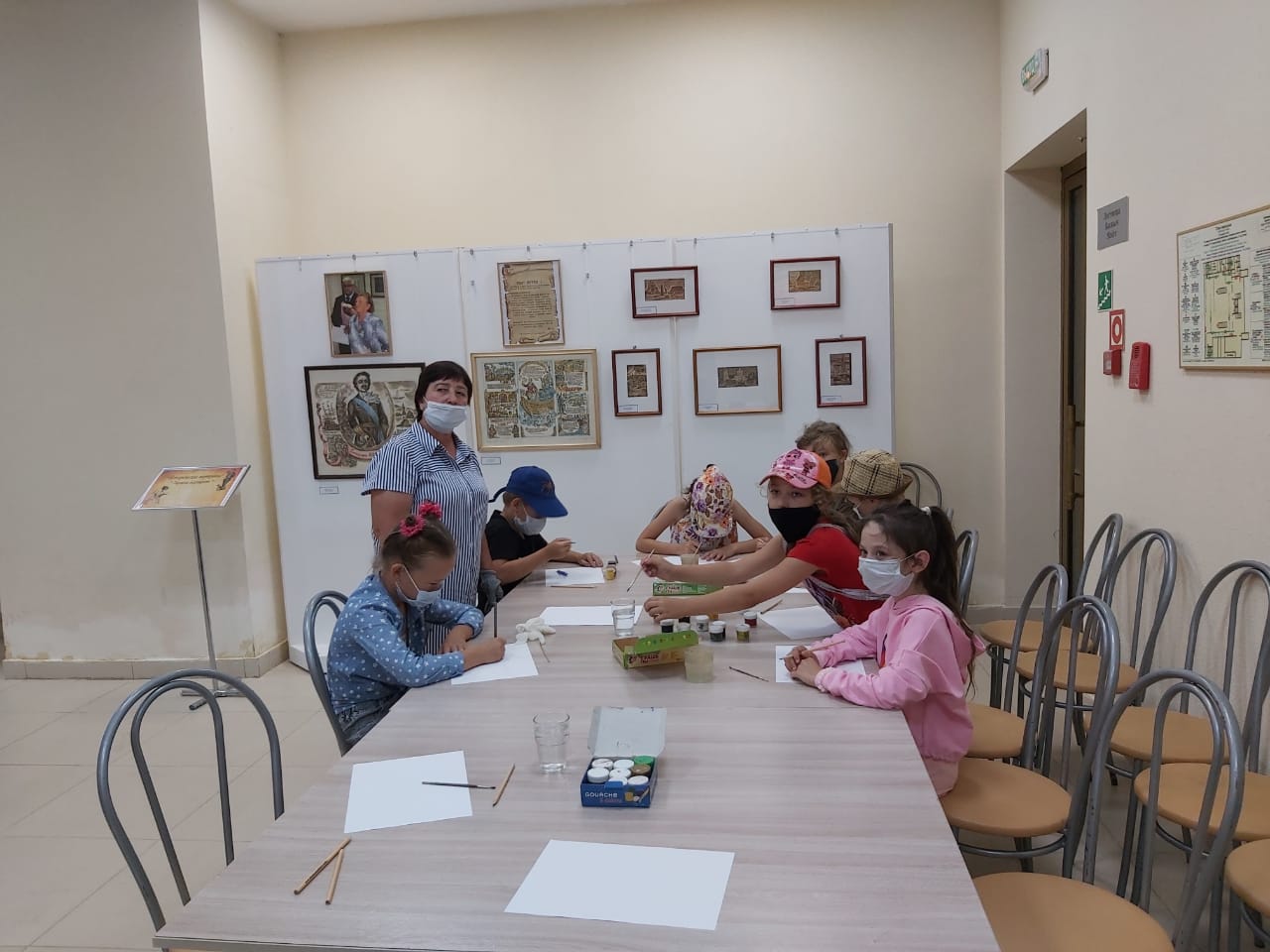