On 25 June 2020, within the video tour cycle of the ancient town “An open-air museum” a staff member of the Department of Guided Tours Organization of Bolgar Museum-Reserve Sabirzyanova L. I. held a video tour of the Eastern chamber, which is a part of the central architectural ensemble of Bolgar town.
The Eastern chamber was found during excavation in 1984-1992. Construction of the building relates to the 90s of XIII century. The building stretches from west to east for 39 meters, its width in the center is nearly 19 meters. The bathhouse consisted of a cloakroom, lobby, cross-shaped central hall and four corner cabins for washing. The cloakroom and lobby were not heated. The main part of the bathhouse consisted of a central hall and four corner rooms. A heating stove and water tank were in the service part of the building. A heating stove was placed inside a special rectangular platform. A water tank was located above the stove. Three channels from the stove were laid inside the building, their width was 0,5 m. To the east from the bathhouse, there was an artificial reservoir to provide water. A well was located to the north from the building.
The bathhouse in the center of the town was built for wealthy citizens because it had spacious rooms, a cloakroom with a well-paved floor and heated bench (sufa), and lobbies. During excavations of the bathhouse, a lot of items of ceremonial meaning was found: decorations, bronze and glazed dishes, glassware, fragments of mirrors. There are goods imported from China and Central Asia among them. In the cloakroom, archaeologists found about 40 coins. Thus, the Eastern chamber served the upper class of Bolgar society.
Because of the video tours, our guests have an opportunity to enjoy the view of medieval architecture and plunge into the history of ancient Bolgar town. 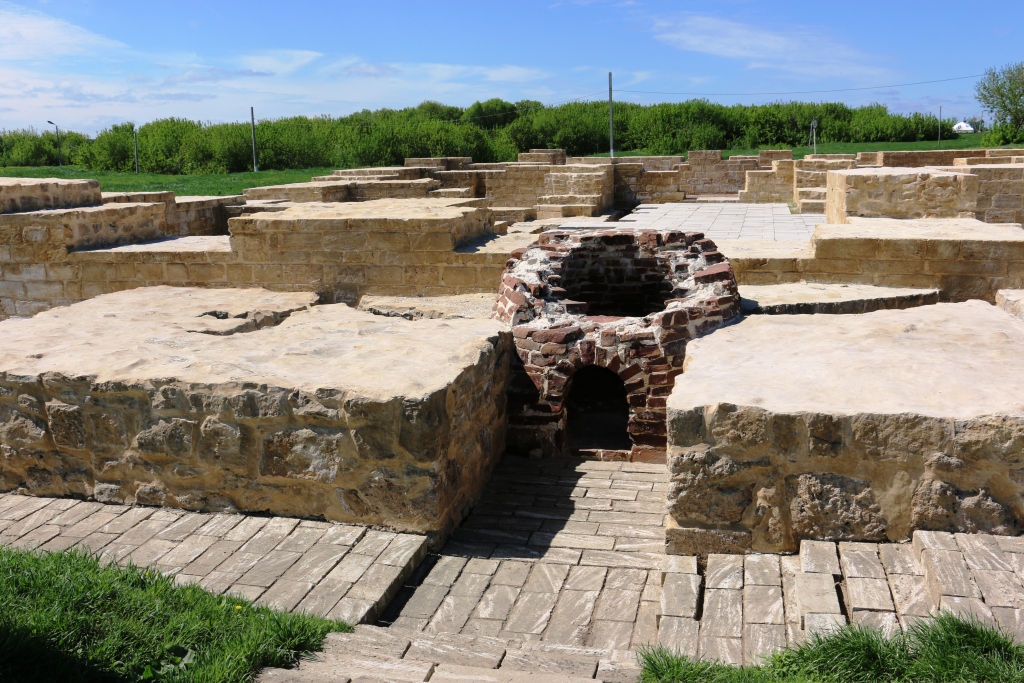