On 19 March 2020, research associates of Bolgar Museum-Reserve Muhametshin D. G. and Muhametshin I. D. held a tour to the hotel “Kol Gali Resort & Spa” for the participants of the club “The University of the Third Age” under Bolgar central library of Spassky district of RT.
The hotel bears the name of Kol Gali – one of the most famous representatives of Bolgar period of our history and author of the epic-lyric poem “Qíssa-i Yosıf”. The work of the poet heavily influenced on the formation of Tatar literature. Kol Gali died allegedly after 1236 during the Mongol invasion of Volga Bulgaria. Monuments in honor of the poet were erected in Kazan and Ulyanovsk.
There are a lake, a fountain, playgrounds and many other entertainments for guests within the territory of the hotel. The pride of the hotel is its spa area, and its main highlight is a bathhouse built in the style of modern reconstruction of the White Chamber in Bolgar Museum-Reserve. Here you can wash and relax according to ancient traditions. There is a pool with separate hydromassage zone and panoramic glazing in “Kol Gali”. Thermal procedures are different here: a steam bath with sea climate, an aroma steam bath and traditional village bath. After bath, you can plunge into a cool swimming pool in the snowy room with real snow. If you just want to get some rest, you can sit in the salt room, which has walls lined with pink Himalayan salt.
The tour ended with a tea party with traditional refreshments – echpochmak, belyashi and dried fruit. A tea party is a long-standing and favorite pastime of Tatars. Karl Fuchs also wrote about it. A phrase “to invite for tea” came into use in the middle of XVIII century. Mr. Fuchs wrote, “Rich Tatar merchants invite a governor and other officials for tea. After tea, they are treated to a wide range of fruits; then the best caviar and various kinds of fish are served for a snack.” Today Tatars carefully save their cultural traditions and customs of hospitality. 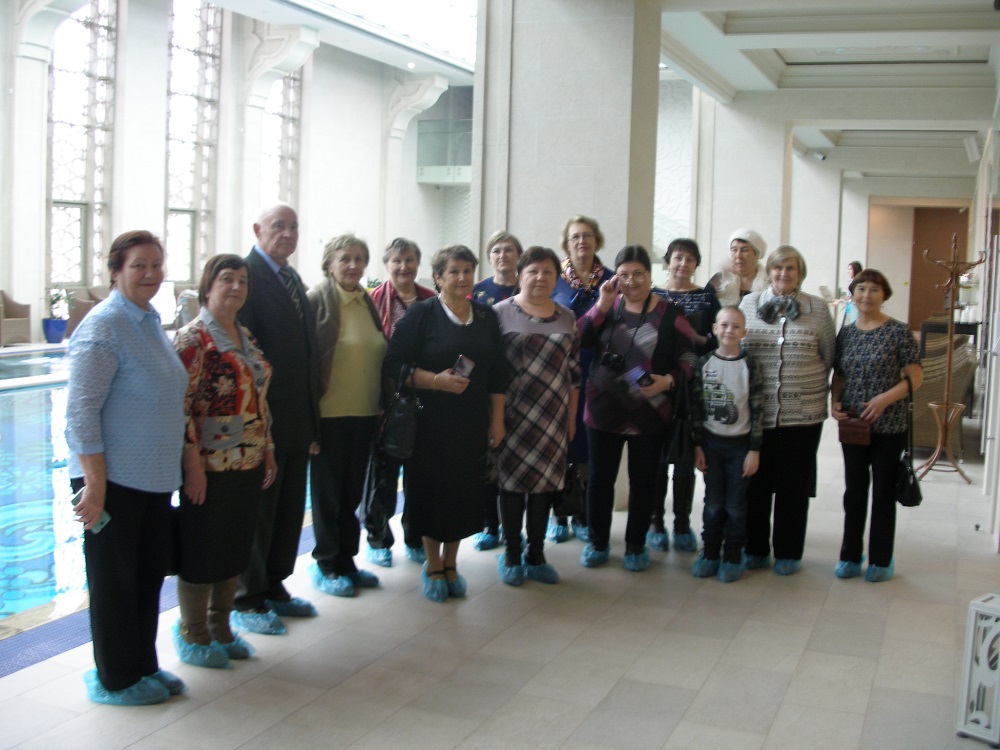