On 13 February 2020, in Bolgar Museum-Reserve a staff member of the Department of Guided Tours Organization Sabirzyanova L.I. held an information and knowledge event on “Down the path of reserves” devoted to the Day of Reserves and National Parks for the students of the 1st grade of Bolgar Comprehensive School №2.
Nature is polluted for hundreds of years. Only in 1997, people gave serious thought to it. Then, on 11 January, Wildlife Conservation Centre and World Wildlife Fund established the Day of Reserves and National Parks.
This date was not chosen accidentally. On this day in 1916, the first public reserve – Barguzin Reserve was formed in Russia. There is a wonderful place on its territory – the Valley of Geysers. Its creation helped to preserve and increase not only a number of barguzin sable, but also many other animals and plants appeared in greater numbers.
In 1986, UNESCO assigned Barguzin Reserve a value of biosphere what let it join World Network of Biosphere Reserves. Now this reserve is an integral part of the world heritage and so-called reserved pearls, which consists of Baikal and Lena Reserve, Baikal Reserve, Lake Baikal itself, and Transbaikal National Park.
Since ancient times specially protected natural areas existed in Rus – places of worship, reserved groves, and natural preserves for hunting where kings, princes and other rich people hunted. However, the first public reserve was created on 11 January 1997. Since then, people celebrate the Day of Reserves and National Parks every year.
At the event, children knew about the history of the holiday and specially protected natural areas of Russia. Students became acquainted with the history of emergence of Bolgar Museum-Reserve, visited the museum of “Bolgar tea party” where they found out how samovars appeared, and knew about their kinds and the importance, customs of tea party. Schoolchildren walked on Museum Street, visited the museum of “Nobility of Spassky Uyezd” where they got acquainted with the exposition. At the end of the event, kids drew colorful pictures. 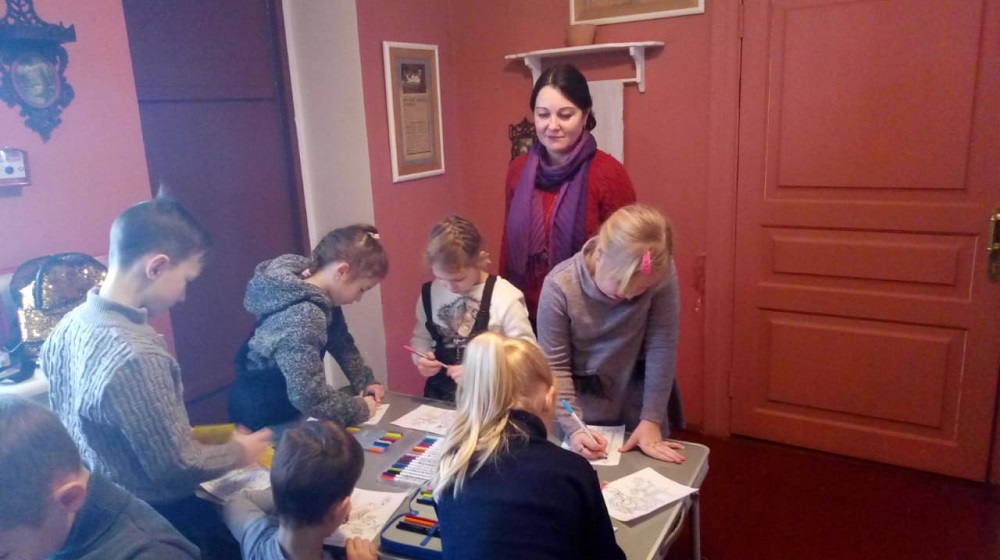