On 7 February 2020, staff members of the Department of Guided Tours Organization of Bolgar Museum-Reserve Galimullina N. R. and Salimova G. I. held a lecture on “A secret of Devyatayev’s feat” for the students of the 8th grades of Bolgar Comprehensive School №2.
These days commemoration of the Great Patriotic War and its heroes become a national idea, a private matter and duty of each person and citizen. At the event, children heard the information about the feat of Soviet people taken captive by the will of tragic circumstances, but they did not stop fighting and did not bow their heads before the enemy. Mikhail Cherepanov, a manager of the museum of the Great Patriotic War in Kazan Kremlin, said about our compatriot Devyatayev: “By running away he knocked mad Fuehrer’s last hope – the V-2 rocket – out of his hands and contributed to being it on the premises of Soviet rocket engineers under the direction of S. P. Korolyov. In other words, Devyatayev’s escape largely contributed to the end of the Second World War and set the stage for prevention the Third”. Students answered the questions of a quiz with enthusiasm, and a presentation helped to reinforce the material of the lecture. 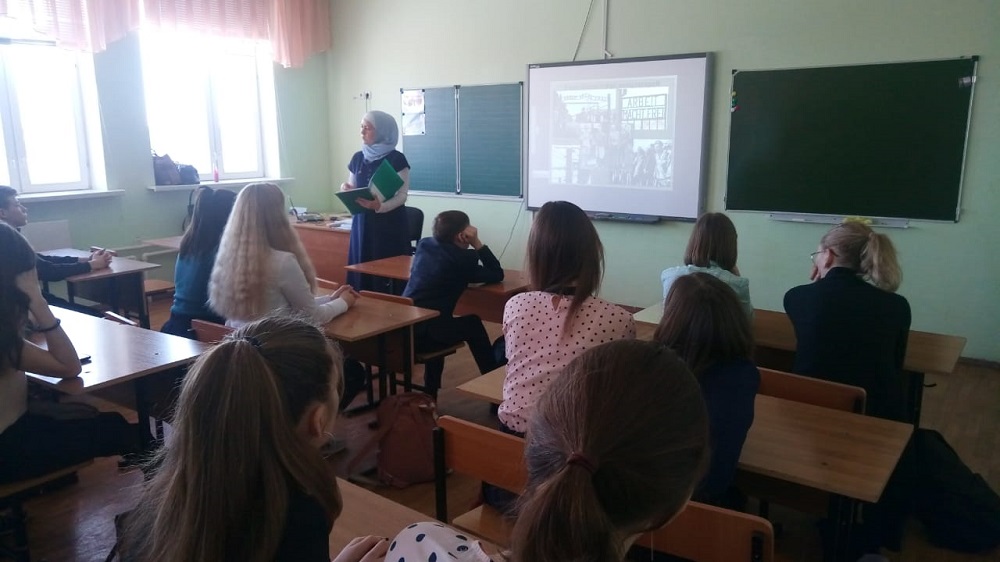