6 November 2019 associate of the Department of Bulgarian tour of the Museum-reserve of A. R. Abdrakhmanova for pupils of initial classes of school camps MBOU “Bulgarian school №2” is an interactive event called “My homeland Tatarstan” dedicated to the Constitution Day of the Republic of Tatarstan. The purpose of the lesson-the formation of civil competence of students, expanding knowledge about the native land.
November 6, 1992 at the 12th session of the Supreme Council adopted the Constitution of the Republic of Tatarstan-the most important political and legal document that unites people of different nationalities, political affiliations and religions.
Constitution in Latin means “device”. This is the most important law of the country, which describes all the rights and duties of citizens. It must comply with all-and the President, and adults, and children.
When and how did the Constitution of Tatarstan appear? First, the Constitution was invented and recorded by scientists. Then the citizens read it and discussed it with each other. Some rules were struck out, others added, others rewritten in a different way. Then a referendum was held-a vote of citizens on an important state issue. Every citizen could come to a special place and vote whether he agreed or disagreed with such a Constitution. Most agreed. Thus our Constitution of the Republic of Tatarstan was adopted on November 6, 1992.
During the event, children not only got acquainted with the history of the celebration of the Constitution Day of the Republic of Tatarstan, but also repeated everything they know about the state symbols of Tatarstan-the flag, coat of arms and anthem, as well as talked about the wealth of natural resources of our small homeland. Guys I read the information about symbols of the Republic, actively answered questions, collected puzzles with pictures of nature of Tatarstan, flag, emblem, and title page of the Constitution. Thus, during the lesson, students demonstrated their knowledge and skills on the topic and showed how well and cohesively they are able to work in a team. 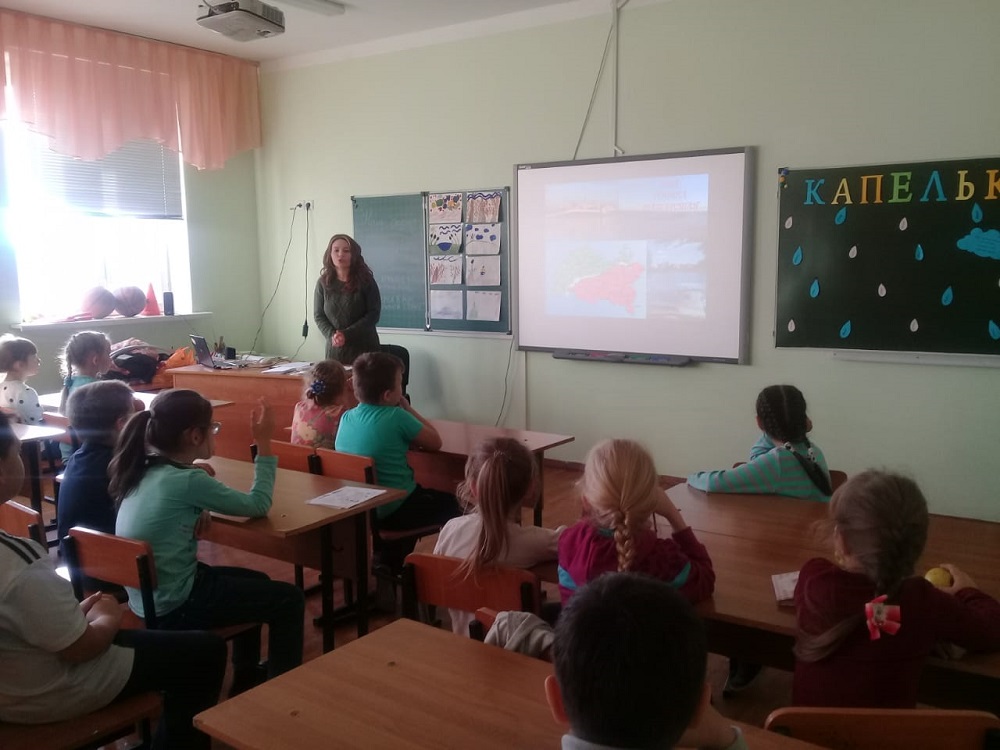