On September 2, 2019, an employee of the Bulgarian Museum-reserve Abdrakhmanova A. R. for tourists from Naberezhnye Chelny held an information and educational event “Great feats of compatriots”, dedicated to the day of the end of the Second World war.
September 2 in Russia celebrated a memorable date – the day of the end of world war II (1945). The international legal basis for the establishment of this holiday is the act of surrender of Japan, signed on September 2, 1945 by representatives of the allied States, including the USSR, who were at war with Japan and participated in hostilities. The largest war in the history of mankind between the two world military-political coalitions lasted six years — from September 1, 1939 until September 2, 1945. It covered the territory of 40 countries on three continents: Europe, Asia and Africa. It involved 61 States, and the total number of human resources, plunged into the war, exceeded 1.7 billion people. The great Patriotic war, when Nazi Germany attacked the USSR, began on June 22, 1941, at the same time it was the beginning of the creation of the anti-Hitler coalition. May 8, 1945 in Berlin was signed the final Act of unconditional surrender of Nazi Germany and its armed forces, and may 9 declared Victory Day in the USSR. The great Patriotic war ended. Wanting to secure its borders in the far East, the USSR undertook to enter the war with Japan two or three months after the end of the war with Germany. On 8 August 1945, in accordance with these commitments, the Soviet Union declared war on Japan and began hostilities on 9 August. In the final phase of world war II, the Soviet Armed forces in the far East defeated the Japanese army and liberated northeastern China, North Korea, southern Sakhalin and the Kuril Islands. World war II was over. The victory of the USSR and the countries of the anti-Hitler coalition over Nazi Germany and militaristic Japan in this war had a world-historical significance, had a huge impact on the entire post-war development of mankind, radically changed the balance of political forces in the world. The history of Russia has always been rich in significant events. Russian Russian soldiers ‘ heroism and courage, the power and glory of Russian weapons have been an integral part of the greatness of the Russian state in all ages. The memorable date-September 2-is a kind of second victory Day — the victory over Japan, which just ended the Second world war — which is celebrated in many countries of the world, and now in Russia. It was on this day that the guests of the reserve got acquainted with the historical objects of the Museum-reserve and during the tour learned not only about the ancient history of the region and the medieval wars that destroyed most of the architectural monuments visited by tourists, but also talked about such an important date – the Day of the end of the Second World war. 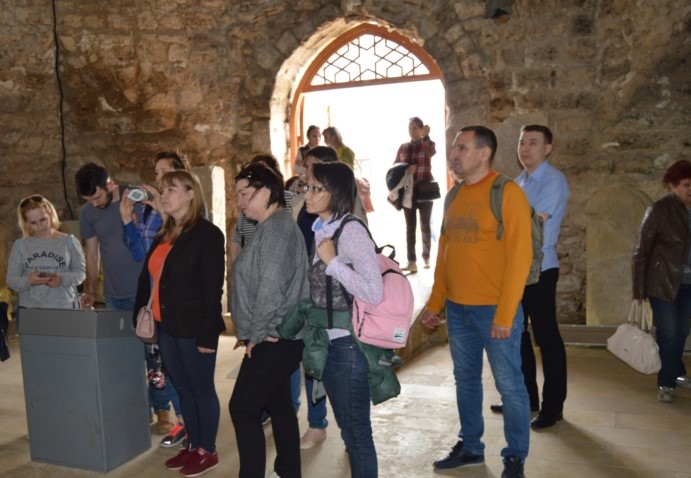